Corruption and justice come face to face, but only one can come out on top. Join e.Woke as we celebrate the resistance! Whistleblowers spill the tea on the US government’s involvement with tech companies, students call out their campuses for using the same technology that makes up the backbone of anti-immigration policy, and musicians pull out all the stops against the megacorporation, Amazon. The digital twilight zone is back at it again with the dystopian present. 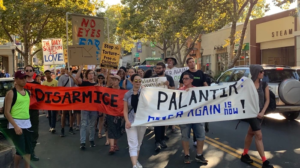 Students at 16 Universities Are Protesting Palantir’s Presence on Campuses

What do big data and mass surveillance have in common? Disproportionately affecting communities of color, that’s what! Student groups protest Palantir Technologies’ presence on campuses and the company’s contracts with the Immigration and Customs Enforcement (ICE), calling them out for their role in the Trump administration’s anti-immigration agenda. In this article by Lauren Kaori Gurley, Carnegie Mellon Master’s student, Bonnie Fan, says “We see it as our responsibility [to protest], given we’re on a tech campus and Palantir recruits heavily here, to hold our university accountable.” Let’s read up on Palantir, then we can hear from other darling tech giants! 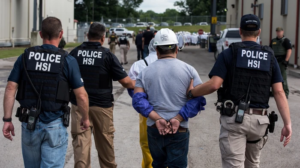 Caught with their hands in the cookie jar! Dealings between data broker company, Sayari, and ICE were outed just this week. An employee of Sayari went to VICE with a list of organizations that have access to their wealth of data, including ICE. Though in this piece by Joseph Cox, Sayari states “we will not support the detention and processing of undocumented workers or refugees,” the evidence says otherwise. We haven’t even gotten to the US Customs and Border Protection’s purchase of a Sayari license just this past August. Settle in and let’s deep dive into this mess.

Photo by Fight for the Future.

We heard from Palantir. We heard from Sayari. Now, let’s hear what Amazon is up to! While Amazon isn’t contracted by ICE directly, Amazon Web Services support several companies who are. In response to Amazon’s heavy involvement with ICE, the campaign No Music for ICE, boasts over 700 musicians.  According to an open letter, the musicians are “pledging to boycott participating in Amazon-sponsored festivals or partnerships until the company stops supporting human rights violations through its contracts with ICE and other US government agencies.” Following on the footsteps of protests outside the annual Amazon Web Services summit in New York, No Music for ICE dares these government agencies to face the music! 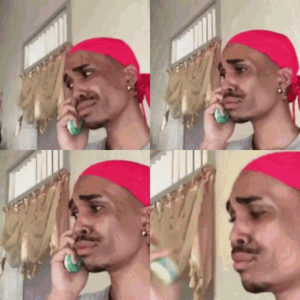 me hanging up on these wack tech giants like

For History, Context, and Further Reading:


<i> “P.S. e.Woke is a project of <Generation Justice>” </i>
/<Support our work with a donation​ today. GJ is an independent youth media org that relies on individual donors like you. We don’t receive any corporate, government or University funding.>