In a world where social media is used for good and bad, media justice movements fight to hold internet gatekeepers accountable. We cannot rely on social media giants to “moderate” content when our movements feel the brunt of that moderation. Maybe we forge our own paths with revolutionary platforms, independent from anything we’ve seen before? The digital twilight zone is here with your weekly dose of WTF! Let’s take a look at Twitter, Google, and more… 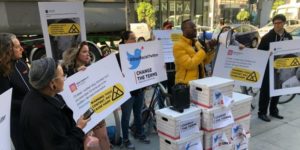 Look out Twitter, the people have spoken! Last week over 50 organizations stood outside Twitter corporate headquarters decrying its “toxic [culture], poisoned by white supremacists” and its refusal to ban users who engage in hateful activity. Organized by Change the Terms, organizations like FreePress, Color of Change, MediaJustice, and more have been working since 2018 to get social media platforms like Twitter to strengthen their policies to protect vulnerable communities in online spaces. FreePress even came out with their own report on Toxic Twitter this year. With a petition of over 100,000 signatures and the support of several other digital media justice groups, this campaign goes hard for the people.

Can stronger policies on social media platforms be too much of a good thing? This may seem like playing devil’s advocate, but the chance for backfire is real, especially when justice movements have seen their content “moderated.” In the upcoming campaign season, new political ad policies from Twitter, Google, and Facebook could push out advocacy organizations and small, independent news sources. Gennie Gebhart writes, “On massive platforms with global influence and algorithmic content delivery, content moderation rules tend to hit marginalized groups harder.” With our backs to the wall, some say it’s about time we slay these (tech) giants! 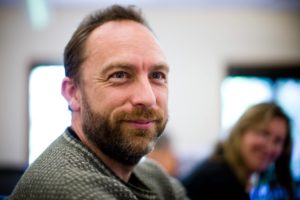 Power to the people (not advertising)! Co-Founder of Wikipedia, Jimmy Wales, launched a social media alternative, taking his cue from the user driven encyclopedia. “WT: Social” will be fully funded through user donations, unlike Facebook and Twitter, which are funded by pure advertising, writes Cal Jeffrey for Techspot. Wales says that big social media is “problematic,” and he does not want his alternative “to devolve into a network of hate.” I’m looking at you, Twitter. 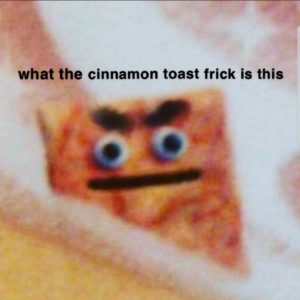 when the social media burnout hits

<i> “P.S. e.Woke is a project of <Generation Justice>” </i>
/<Support our work with a donation​ today. GJ is an independent youth media org that relies on individual donors like you. We don’t receive any corporate, government or University funding.>