From smart doorbells to spyware, technology companies stoop lower and lower to make a quick buck. And don’t even get me started on the threat against all .ORG domains. Will AI be our future? Or our downfall? Can we make it out of this capitalist dystopia, or do we spiral into deeper and deeper human rights violations? Find out in this week’s digital twilight zone! The next game of ding dong ditch could have disastrous consequences. Amazon’s newest evil genius idea comes not in the form of nosy AI tech like Alexa, but rather, a digitized neighborhood watch. The smart home security company, Ring, provides video surveillance of homes and acts as a digital guard dog. Ring surveys and reports “suspicious” activity and  people. The user can track this through Neighborhood, the accompanying surveillance social network and police source application. Ring already heavily courts local police, and many a privacy and technology advocate worries what this could mean for communities that already face disproportionate treatment at the hands of police. The Intercept’s Sam Biddle says Ring is, “a byword of dog-whistling neighborhood racists who hope to drape garden-variety prejudice beneath the mantle of public safety.” Drag them! As per usual, we gotta pull the curtain aside and see who’s really pulling the switches. Speaking of pulling the curtain aside, let’s take a look at the oppression behind the global spyware industry. The Surveillance Industry Is Assisting State Suppression. It Must Be Stopped

Is that a Black Friday deal or Cyber Monday steal? Companies worldwide offer their spying tools to governments at a low cost, like the Israeli surveillance contractor NSO Group and their spyware, Pegasus (used in 45 countries). Technology’s integration into our society can provide a neutral platform for activists and organizations to speak, or as a “tool of repressive governments to stifle debate, criticism and journalism,” writes David Kaye for the Guardian. So, what can be done to stop the spread of the private surveillance industry? Read and find out! 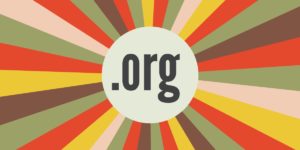 As if we weren’t already under attack on all sides by enough internet trash! From the Electronic Frontier Foundation (EFF) page, “Last month it was suddenly announced that the nonprofit that owns the .ORG domain registry was planning to sell [the registry] to a private equity firm, Ethos Capital. This could impact the millions of individuals and organizations that have a .ORG website, subjecting them to potential censorship and leaving the door open for price increases on domain registration and renewals.” This past week EFF announced their campaign to stop this sale on their new site, Save Dot Org. Over 100 nonprofits have signed, and twelve-thousand individuals! GJ is proud to sign this campaign and we urge you to visit as well. finding out your data is being sold by tech companies like