e.Woke #14: A Historic Day in the Battle for the Web

This week, find out how we participated in the historic Net Neutrality Day of Action, get updates on plans to expand surveillance on the border, and learn about how a one mobile app is tackling the issues with encrypted conference calls.

Generation Justice Rallies Together for Net Neutrality Day of Action 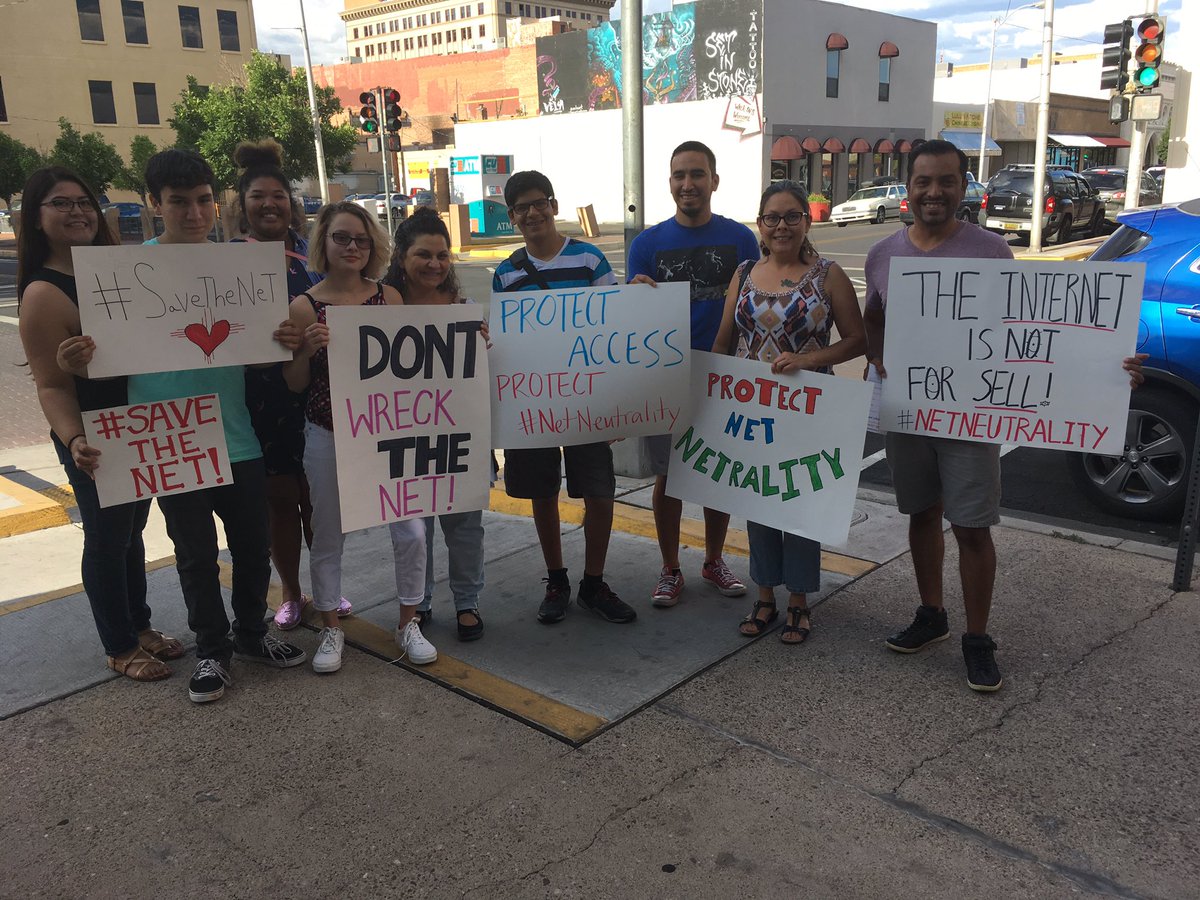 On July 12th, the Internet came together to save Net Neutrality, and to stop widespread throttling, blocking, censorships, and extra fees on the web.

Right now, new FCC Chairman and former Verizon lawyer Ajit Pai has a plan to destroy net neutrality and give big cable companies immense control over what we see and do online.

In Albuquerque and Rio Rancho- Generation Justice gathered outside of the local Congressional offices and asked for our elected officials to release statements of support for net neutrality.

Immigration alongside the U.S.-Mexico border may not have a 30-foot barricade yet, but digital walls are being built by Biometric Intelligence and Identification Technologies, a company giving law enforcement the capabilities to identify immigrants by their eyes. They’re offering 3-year free trials to local law enforcement. Also this week, we’ve seen that 6 major US airports are scanning Americans’ faces when they leave the country. (via The Intercept)

When it comes to encrypted messaging, we’re cyber-spoiled. Encrypted calling, especially encrypted conference calls, is a little more difficult. However, Wickr is working to make it more accessible. (via Gizmodo)