Welcome to e.Woke #59: The Children Are Our Future! (can we sell it though?)

Another week, another volume of e.Woke! This week, we talk about kid hackers, lava lamps, and *gasp* selling data?! Be sure to check out the Mood Meme of The Week and our Digital Security Tips, Resources, and Guides section! Let’s get e.Woke!

The DNC Enlists Kids In Its Fight Against Hackers

“Hey, kid! Wanna make some money?” Hack this government website. The DNC is sponsoring a competition at the Def Con Conference (a super cool hacker conference.) “The contest will include children, ages 8 to 16, who will be tasked with penetrating replicas of the websites that secretaries of state across the country use to publish election results. They’ll vie for $2,500 in prize money, $500 of which will come from the DNC and be awarded to the child who comes up with the best defensive strategy for states around the country.” Could ‘War Games’ become a reality? 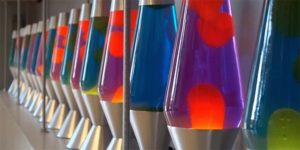 I’m always asking myself, “What are some groovy ways that I can protect myself online?” and I think Cloudflare may have had the answer all along: Lava Lamps! “Instead of relying on code to generate these numbers for cryptographic purposes, the lava lamps and the random lights, swirling blobs and movements are recorded and photographs are taken. This footage is then turned into ‘a stream of random, unpredictable bytes,'” according to Sullivan. “This unpredictable data is what we use to help create the keys that encrypt the traffic that flows through Cloudflare’s network,” the executive added.” Wow! Who knew Lava Lamps were capable of more than just looking like alien embryos. (pic from Gizmodo)

For Sale: Survey Data on Millions of High School Students

The story goes like this, 3 thousand students attended an expensive event because they received a letter signed by a Nobel Prize-winning Physicist. Seems exclusive, right? Not really. “Highly selective,” it turns out, must be another way to say “you’re headed for college and likely to shell out for a fancy-sounding event if you think it will give you an edge to get in.” Many of the students in that audience had filled out a college-planning questionnaire, called MyCollegeOptions, while others took surveys that came with the SAT or the PSAT tests administered by the College Board. The personal details they entered wound up being sold and shared with the Congress of Future Science and Technology Leaders event organizers.”