In this Together – Generation Justice 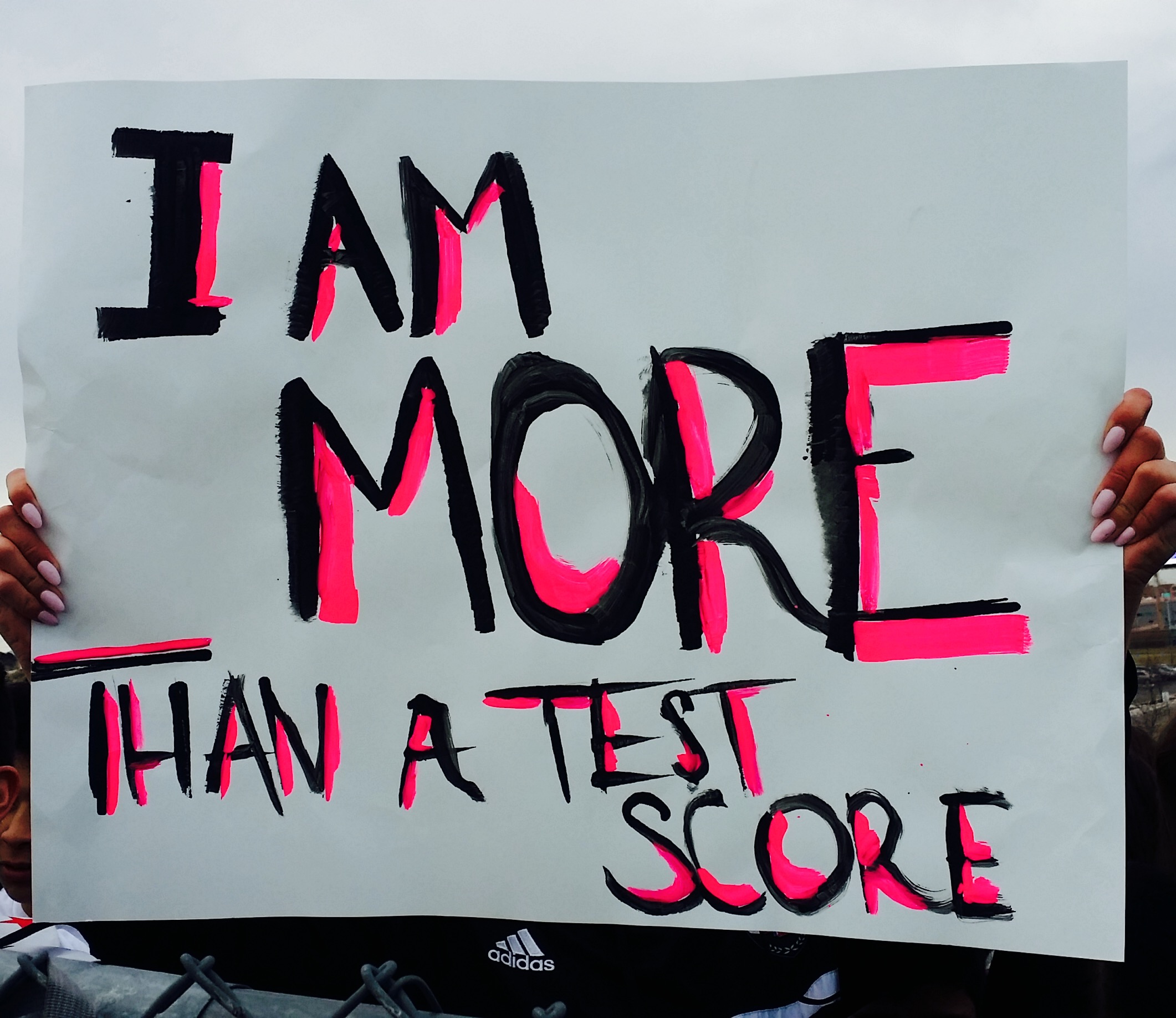 I am completely overwhelmed by the incredible leadership and organizing that I have witnessed in the last month. Students from across New Mexico, and across the country, have taken a stand against the oppressive standardized tests. Here in Albuquerque, students walked out of their classrooms and organized peaceful protests on their school grounds. Other students, however, attempted to peacefully assemble, but were instead greeted by police and school administration who did not allow the protests to occur or who forced the students off campus, in the freezing cold weather.

Despite the threats and harassment, they have remained strong, peaceful, and completely grounded within their purpose for taking direct action.

I had the opportunity to speak with many of the students about their concerns regarding the exam. Some expressed their worry about English not being their first language, while others were upset about the PARCC exam taking away valuable class time.

These become unavoidable concerns for these students, especially since the test is a determinant of their educational success. Katarina Sandoval, the APS Associate Superintendent for Middle School Education, attended a student/community meeting during the first week of the walk-outs, and she stressed the purpose and importance of these exams: the federal government wants a clear picture of the overall knowledge base of students around the United States.

I am not convinced.

You cannot paint an accurate picture of the student body in the United States without first addressing its immense diversity. As I mentioned previously, many students do not speak English fluently. This, alone, severely diminishes the accuracy of data collection. Who are we kidding here? Policy makers know this. 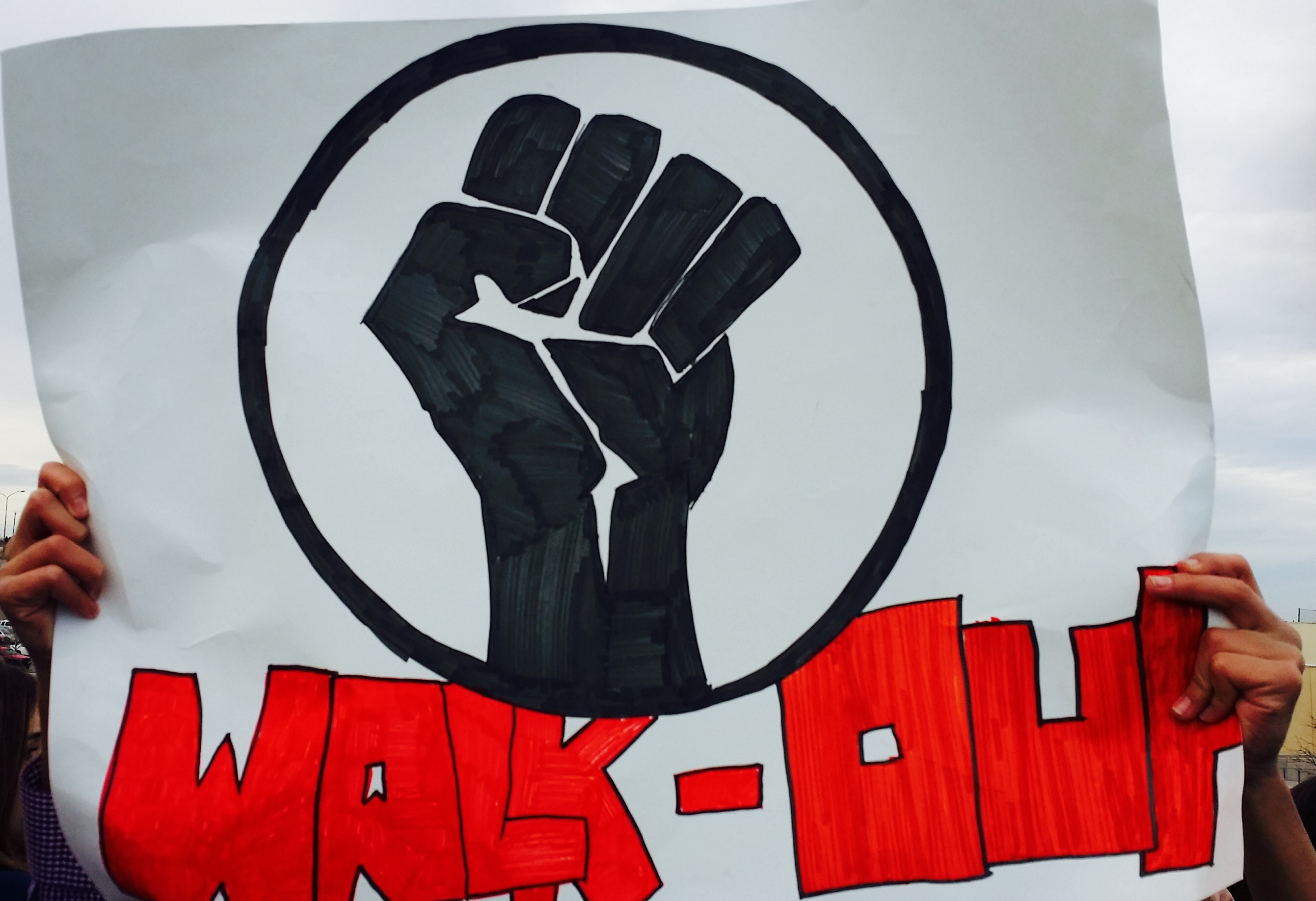 As Larry Kronin said beautifully, “sometimes it takes a drastic measure, like walking out, to address the issue.”

On Monday, I attended the walk-out at Albuquerque High School. Just after 8:00 a.m., over three hundred students assembled and were marching up the hill, from their school building, to meet the media. They remained on school property. These students were chanting, holding signs with powerful messages, and marching as one. Never before had I witnessed such a powerful action. I was brought to tears and I will never forget that day.

Day two, on Tuesday, was different. Students from Rio Grande High School and students from Jimmy Carter Middle School left their campuses and walked to West Mesa High School. Police were surrounding the High School and a SWAT team was on standby. When I arrived, various media outlets had already set up and community organizers from around the city were coordinating to help the students. I wholeheartedly believe that if we had not been there, with cameras, the police would have taken control of the situation. In other words, students may have been arrested.

We are all in this together

I am not sure what the next move is, but if there is anything that I have learned in the last couple of weeks, it is that this is not an easy fight.

To experience young people organizing and taking direct action against an injustice to their education has been very powerful, and I commend each and every one of them for their dedication, strength, bravery, and persistence.

Moving forward, one thing is certain: students from around New Mexico are determined to have their voices heard, and this is only the beginning.