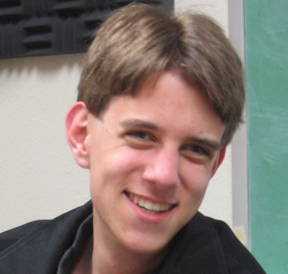 Kyle Farris joined Generation Justice as a sophomore in high school. He was a member of the founding group of radio producers, back when the program was just Youth Radio. As a member of Youth Radio, he enjoyed discussing various political topics in Kyle’s Conspiracy Corner, which ranged from the serious to the slightly silly. He is particularly proud of his final program on the show, which discussed the bombings of Hiroshima and Nagasaki, and his personal connection to Japan through his grandmother.

After graduating high school and matriculating to the University of New Mexico, Kyle returned to Generation Justice as its administrative assistant, where he helped guide the next generation of youth radioistas in making their voice heard.

Kyle graduated from UNM in 2011 with a degree in Political Science and a minor in Spanish, and was subsequently accepted to a PhD program at the University of Pennsylvania. After obtaining his Masters degree, he returned to Albuquerque to work in higher education. He is currently the advisor for the McNair Scholars and Research Opportunity Program at UNM, which helps underprivileged students gain admission to graduate programs. He is always thrilled when he comes across a current member of Generation Justice.