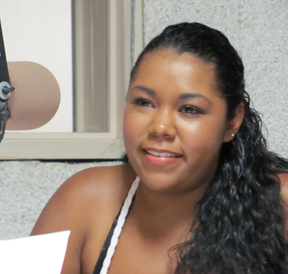 Thema Fenderson is an 18 year old graduate from Albuquerque High School. She is currently studying Broadcast Journalism at Howard University. Thema has always had an idea of where she wanted to go in life. It began with a passion for writing that eventually merged with a need to stand out, speak up, and be heard.

She loves to write; she has a few publicized poems, and was a varsity cheerleader until her senior year in high school. Thema learned a lot about media, communication, and human rights while working with Generation Justice, and she can’t wait to go off and use the skills in college, life and hopefully in my career.