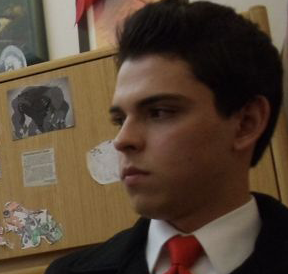 Arturo is also part of Youth Alliance, which is an organization for youth who want to do something about issues affecting their community. He has been involved in Youth Alliance for two years now. Within those two years he has talked to senators and representatives about budget cuts and programs for youth. He has also been involved in a play called “Dropping In,” which talks about why youth drop out of high school, and how we as a community can make sure everyone graduates.

Arturo is currently interested in becoming a veterinarian because he loves animals, and wants to make a difference in their lives also. He hopes to one day open his own vet clinic and help both pets and their owners.