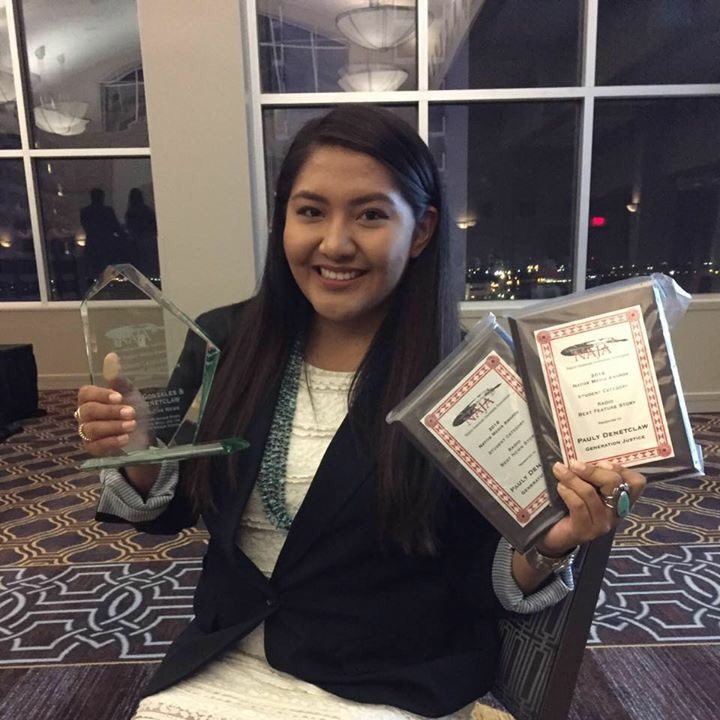 Pauly Denetclaw was born and raised in Gallup, N.M and is Diné. She is studying mass communication and journalism at the University of New Mexico. Interested in writing from a young age, she began her first book at 8, and her first poetry at 9.  Pauly served as an Intern-Reporter for the Navajo Times in 2012. She has also studied audio production and interned for the National Native News (NNN) working with anchor and producer Antonia Gonzalez. Pauly is currently the Associated Students of UNM representative for the KUNM Advisory Board. After college she plans to pursue a master’s degree and then work for a native-based organization as a journalist. Pauly’s ultimate goal is to write for TIME magazine and be a regular voice on NPR.