On the day that George Zimmerman was acquitted for the murder of Trayvon Martin, I had a brief conversation with my friend. My friend’s name is Sheldon. He is from Jamaica, he moved here with his mom and dad when he was young. He is the same age as me, seventeen. At the time of Trayvon Martin’s murder, we were both sixteen.

We were both in a state of shock. Everything seemed to add up. It was simple. Trayvon Martin carried a bag of skittles and an iced tea, his killer carried a gun. Trayvon Martin was just a kid, like us. His killer was a grown man. We went through the details over and over again but still could not believe it. Sheldon looked at me and said, jokingly, “I’d better move back to Jamaica.” I smiled and shook my head.

A couple of years later, another story appeared on the news. Michael Brown, black male, eighteen years old, killed by a police officer. Witnesses say he had his hands up in the air and he was unarmed. He was shot several times. Fast forward to a few months later. The court decision is announced. The man who murdered Michael Brown is not indicted. 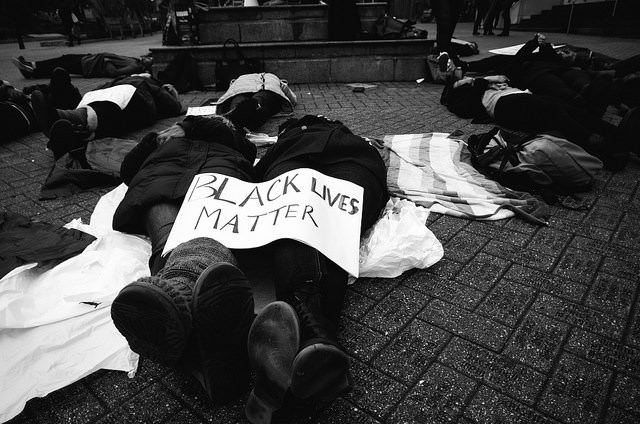 I went to school and found myself in the same conversation except this time it was a little different. It was almost like we weren’t surprised. We did not go through every detail and every piece of evidence of every single case because it didn’t seem to matter anymore. It didn’t matter that the victims were unarmed or that some of them were children. Tamir Rice was the same age as my baby sister. I am unable to understand how someone can attempt to justify killing a twelve-year-old boy. A child. They are people and they were killed, yet that wasn’t sufficient evidence for their killers to be convicted of murder. Sheldon looked at me, and I looked at him and he said, “I’m scared.” Neither of us smiled this time.

I didn’t have to ask what he was scared of. I knew that he was scared of walking home by himself, of being stopped by a police officer and being shot even with his hands in the air, of not being able to say “I can’t breathe” one more time before it’s too late, of being the next headline in the morning news that reads, “Seventeen year old, black male, shot and killed by police.”