In the summer of 2010, I was blessed with the opportunity to attend the US Social Forum in Detroit with Generation Justice. I was 16. While there, I remember hearing a story I would never forget, the story of Aiyana Stanley-Jones.

May 16, 2010, 7-year-old Aiyana was asleep on her couch, wrapped in her Hannah Montana blanket. That night, she was murdered by the very people meant to “protect” and “serve” her. The Detroit Police Department was in search of a murderer, and mistakenly raided Aiyana’s home. Lead officer Joseph Weekley entered the house he wasn’t even suppose to be in, fired a shot that struck Aiyana in the head, and tragically ended her life. 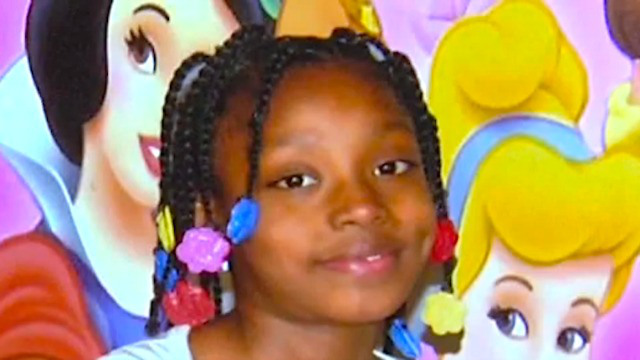 I remember being in Detroit, as part of the US Social Forum, and people were rallying for justice for Aiyana. What happened to that poor little girl was something that has stuck with me. To this day, I have a flyer from the caravan with information about the march for Aiyana, on the flyer there’s a picture of her cute as can be, smiling.

Officer Weekley was tried twice but never convicted. In April of this year, he was reinstated into active duty on the Detroit police force. Officer Weekley has publicly stated that May 16, 2010 changed his life forever. There is not a day that goes by that he does not think of the loss of that little girl, he says. However, as sincere as he may sound, officer Weekley does not deserve his job back. He should be in jail, rather than  being reinstated.  Since 2010, justice has been ripped out of the hands of countless black families like Aiyana’s. Look at cases like Trayvon Martin…no justice…Mike Brown…no justice…Eric Garner…no justice.

Being African American myself, I’m afraid one day I’ll fall to the same fate. I get pulled over by the police and I’m terrified, because I don’t want my face to be on the news as another young black man killed by police. I don’t want people marching down Central Avenue in a T-shirt with my face on it, marching for justice that won’t come under this system. I don’t want my mother and my family to grieve over me, knowing my killer is free.

The United States is based off the principles that all men are created equally but I don’t see equality when I look at America.  Those words “We hold these truths to be self-evident, that all men are created equal”, that are written in this country’s Declaration of Independence hold no value, because while they were being inscribed my people were in chains. Since its birth, America has believed that black lives don’t matter, its very foundation was based on black lives being less than human.  When will this system of hate and injustice end? More importantly, how many lives do we have to lose and how many families will have to suffer?

For hundreds of years, the United States has attempted to prove, again and again, that black lives don’t matter. But I believe they do.  Aiyana matters. Black is beautiful. Our culture, our music, our people are beautiful. Black lives DO matter, Aiyana Stanley-Jones matters to me. We cannot stand to live in a world that tells someone like Aiyana she doesn’t matter. That justice will not be served for her unrightful death  because of corruption and the color of her skin. The United States needs a fundamental, ideological change on its view of black lives. For the sake of those who already lost their lives to police brutality like Aiyana, for the sake of young brothers like myself and our children. BLACK LIVES DO MATTER.