After a short break, we’re back with a new e.Woke! So much has happened, but we’re happy to keep you updated! This week is all about the FCC, Florida, and different digital security tips so that you can stay safe while you surf the web! Also, I’ve added a new section of e.Woke! It’s not the most serious thing, but a picture is worth a thousand words. Let’s get right into it!

*If you are interested in this newsletter, but have not subscribed, be sure to sign up so that you can receive the latest e.Woke every Friday morning! All you have to do is enter your name and email address here. Yup, it’s that easy!*

Net Neutrality Is Dead Again, But It’s Not Buried

There is an ancient Fergie proverb that has captured my feelings regarding net neutrality perfectly: ”No, no, no, no, don’t phunk with my heart.” It feels like we’ve been in constant tug of war with the Federal Communication Commission, but it might come to an end soon. “A lawsuit filed by 23 state attorneys general to block the net neutrality repeal is still pending. We’ve also seen 100 US mayors pledge to refuse to do business with any internet service providers who violate net neutrality protections and states are working to create their own laws that could have national ripple effects.” But as of right now, corporations are gearing up to takeover the internet. The most we can do right now is educate our representatives and congress members! To learn more about how you can help, check out this article from Free Press.

If a website gets attacked but no one is around to document it, did the FCC lie? You might remember last year when the FCC claimed that their commenting system was attacked and they closed it/prevented people from submitting net neutrality comments. “Federal Communications Commission officials are facing more accusations that they lied about the cause of a May 2017 comment website outage that temporarily prevented people from submitting comments on FCC Chairman Ajit Pai’s plan to eliminate net neutrality rules. The FCC maintains that its system was hit by multiple distributed denial-of-service (DDoS) attacks, but it hasn’t provided evidence publicly to support that claim.” We’ll either get proof of a DDoS attack, or proof that the FCC is corrupt (but we already knew that).

I wish that headline was a joke but it’s not. Gun violence in America is real and scary, but people continue to be negligent. An employee in Florida forget her login to the FBI database where you can see someone’s mental health history or criminal record, so she just DIDN’T check. “The reason is dismayingly banal: an employee couldn’t remember her login. The login is for the FBI’s background check database, or National Instant Criminal Background Check System (NICS). The database was created in 1993 by the FBI and the US Bureau of Alcohol, Tobacco, Firearms and Explosives. States and firearm retailers can use it to check on the criminal and mental health history of those who want to buy a firearm, including their histories in other states.” You may not have expected a digital security newsletter to talk about gun violence, but it’s our American reality. 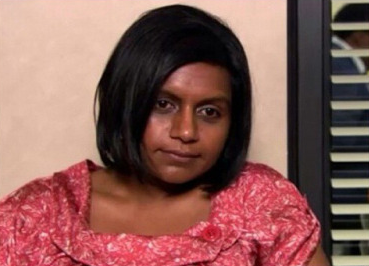