After a small break, we are back and ready to make cheesy jokes about digital security! Here are some burning questions that we answer in this e.Woke: “Is it weird to spit in a vial for a company?” “What has Florida Man been up to?,” and “Why did Equifax ghost me?” Also, if you enjoy receiving this newsletter, be sure to show your support by sharing our subscription link or donating! Now, let’s get e.Woke!

23andMe Sold Access to Your DNA Library to Big Pharma, But You Can Opt Out

I’ve always felt like it was kind of creepy to spit in a vial or take a strand of your hair and mail it to a company that specializes in DNA tests. It’s a little too dystopian for my taste, “But in case you needed another reason why voluntarily giving your DNA to companies is a bad idea, on Wednesday the genomic-ancestry company 23andMe announced it was forking over its DNA data to the world’s ninth-largest pharmaceutical company, GlaxoSmithKline (GSK). The exclusive partnership gives GSK access to 23andMe’s database that includes the genomes of over 5 million people.” But hey! If you still wanna swab your mouth, you can opt out! (unlike 80% of 23andMe’s customers, who probably just ‘don’t really care’)

Florida Man Jailed for Failing to Unlock His Phone

Usually, headlines that start with “Florida Man” are wild from start to finish, but this time, it is kind of the opposite. “William Montanez was given 180 days in jail by a judge after he was asked to unlock two separate phones seized from him by police. Montanez told the court that he couldn’t remember the passwords, so the judge found him in civil contempt and threw him in jail, according to Fox 13 News in Tampa Bay, Florida.” The police asked him to unlock his phone after supposedly seeing a text that said “OMG did they find it”, but Montanez said he did not remember the password. The police already had proof of, “Possession of Cannabis Less Than 20 grams” and, “Possession of Drug Paraphernalia” so why did they need a search warrant for his phone if they already had proof? *staring eyes emoji* Montanez’s lawyer, Patrick Leduc, did offer this, “If they arrest you for anything — whether it’s drugs, guns, you name it — and an electronic device is nearby, they can get a search warrant and search it. And if you don’t provide that information to search it, to unlock, because you want to keep the information private, we’ll put you in jail,”

Equifax’s Security Overhaul,  A Year After Its Epic Breach

The Equifax Data Breach was 2017’s hottest Digital Security mess! I have to ask, what has Equifax changed? How have they helped victims of this hack? “…the company hired a new chief information security officer, Jamil Farshchi, in February. In a series of interviews, he and other top executives told WIRED that the company has committed to an expansive multiyear effort to transform its corporate and data security approach.” Farshchi has been involved with companies like Time Warner, VISA, and government groups like Los Alamos National Laboratory (s/o Nuevo Mexico!) Equifax seems to be trying to fix the damage, but it will take some time to gain everyone’s trust again. “The company signed a consent order at the end of June with regulators from eight states agreeing to certain specific improvements, like demonstrating that is has improved oversight mechanisms, security audits, and threat monitoring. Equifax is required to submit monthly progress reports to the regulators beginning this month, and a third-party firm will test to confirm that the improvements are in place by the end of the year.” Now…we wait. 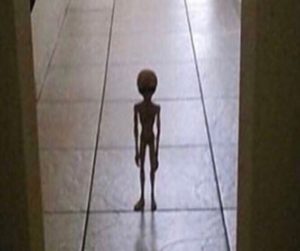