We’re back and we have some questions: Is your commute about to get worse? Has your data been stolen? And Is Google lying to us? This e.Woke is all about body scanners, stolen data, and having your every move tracked. Also, be sure to check out our tips and tricks on how to stay safe online and IRL. Let’s jump right in!

Los Angeles to use body scanners on Metro riders

Think your commute is bad? Try being a regular LA Metro Rider…”An LA Metro spokesman told NPR that the transit system has ordered several units, costing about $100,000 each. The portable body scanners are Thruvision TAC-TS4 portable terahertz millimeter wave passenger screening devices: devices that can detect both metallic and non-metallic objects, including concealed improvised explosive devices (IEDs) and other weapons intended to cause mass casualties.” While this a precaution to ensure the safety of Los Angeles citizens, I can’t help but wonder if the body scanners will be scanning anything else.

SMH. If we went back to using carrier pigeons, we would not have to worry about this! Anyway, T-Mobile had a little…incident. “In a brief intrusion, hackers stole “some” customer data including names, email addresses, account numbers, and other billing information. The good news is that they did not get credit card numbers, social security numbers, or passwords, according to the company.” but, it could’ve been worse! It’s good that T-Mobile’s cybersecurity team detected an “unauthorized capture of some information” and stopped it from going any further.

Google has been creepin! (I say as I write this on a Google Doc and while Googling why Google was sued :-)) Anyway! Google has l i e d  to us about something kinda big. “Last week, the Associated Press investigation revealed that the search engine giant tracks movements of millions of iPhone and Android device users, even if they have disabled the “Location History” setting to prevent it.” Here is what Google had to say “there are a number of different ways that Google may use location to improve people’s experience,” and “we provide clear descriptions of these tools, and robust controls so people can turn them on or off, and delete their histories at any time.” Kind of just sounds like, “Yeah, we tracked you…but you should have known!” Internet Explorer would never treat us like this…still not going to use it though. Also, if want to make sure you can’t be tracked by Google, go here.

(via The Hacker News / Mashable / ArsTechnica) 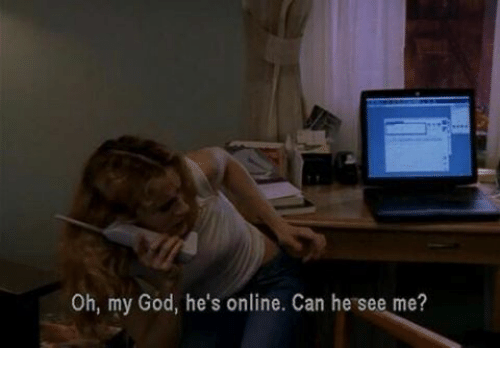