This week, we highlight border patrol seizing phones and stealing data, Robocalls trying to ruin net neutrality for us all, and the scare that the DNC experienced! Also, be sure to check out our ‘Digital Security Tips, Resources, and Guides’ section at the end of this e.Woke! You never know what could help you in the future.

Imagine someone just taking your phone without telling you why, then, finally giving it back 130 days later. You can’t call the cops because it was law enforcement who took it. That’s what happened to a woman from Staten Island, N.Y. named Rejhane Lazoja. When Lazoja returned to New York after a trip to Switzerland, she had “her phone and its SIM card seized by border patrol agents on 26 February at Newark Liberty International Airport.” They didn’t say why and they didn’t accuse her of a crime, but they might’ve copied the data from her phone (which is always personal, and there were photos of her without a hijab). “Lazoja formally asked a federal judge to force border officials to delete data copied from her iPhone 6S Plus – a legal filing that’s formally known as a Rule 41(g) Motion, or as a Motion to Return Property.” This was most likely targeted, but random forced data collection needs to stop.

“Your Assembly member will be voting on a proposal by San Francisco politicians that could increase your cellphone bill by $30 a month and slow down your data. We can’t afford higher cell phone bills. We can’t afford slower data. We can’t afford Senate Bill 822.” Sounds scary! Good thing it’s all lies. A group with ties to AT&T has been calling seniors and encouraging them to call their state representatives to tell them to vote “NO” to a bill that is “designed to replace federal net neutrality protections enacted under President Barack Obama that the Federal Communications Commission repealed last year.”  Wow. Imagine being so greedy and evil that you’re only hope of killing net neutrality is tricking old people. SMH.

I can only imagine the fear that struck the DNC when they discovered they might be getting hacked, AGAIN! I can also only imagine the relief they felt when they realized it was a false alarm! “In trying to test its own security, the DNC set off a false alarm. This is not a great look for the DNC. Two years after it was actually hacked by Russia, and months before a crucial midterm election, the organization seems disorganized, crying wolf when there’s no real attack.” Although this does seem kind of embarrassing, it shows the steps that the DNC is taking to make sure that there is no “DNC Hack Pt. II.” Better safe than sorry!

( via The Washington Post / The Wall Street Journal / Motherboard ) 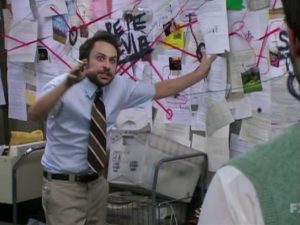